A model of sisterhood activism…  Watching Oprah Winfrey and Ava DuVernay being interviewed by Van Jones on the Van Jones Show on CNN while promoting A Wrinkle in Time made me think:

“It’s in our bones.” Ava DuVernay

“We have each other.” Oprah Winfrey

These two gifted women are serious sister-friends.  When they speak, they sound like they can finish each other’s sentences because they can.  Their affinity for each other forms the foundation for their individual and collaborative success.  Because they love themselves as women, they can love each other as sisters, uplifting and supporting each other in the spirit of sisterhood.

READ MORE:  WHAT IS SISTERHOOD?

Feeling great, basking in the light of his super-intelligent,  super-spiritual, and super-attractive guests who clearly loved and cherished each other, Jones remarked:

“Thank you for being such a beautiful example of sisterhood in this country.”  Van Jones 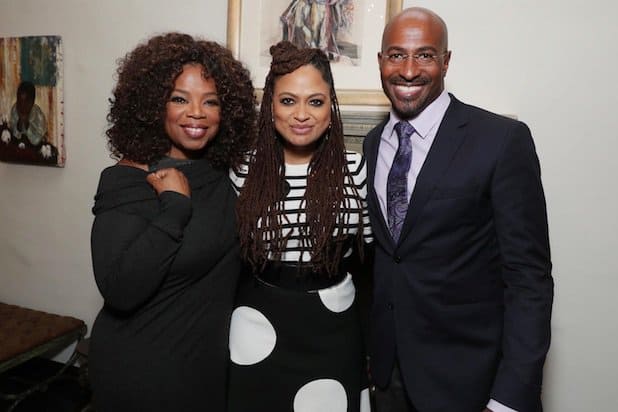 All of the individuals on the stage were activists, lauding each other’s achievements.   Their unspeakable bonds were so tight and their activism so infectious that Jones sometimes struggled to keep the focus on his guests.  At one point, Jones even asked if Black women got together to “have a meeting,” citing the activism of  #MeToo, and #Black Lives Matter founders (all Black women) and active U.S. political involvement.  More than a meeting, activism has an agenda.

A common theme among many activists is the experience of trauma and a desire to help others like themselves.  Oprah spoke about trauma briefly during the interview.  Sisterhood is the key to healing from trauma and building resilience.  To maximize effectiveness, trauma-informed prevention and care models include the power of sisterhood.

For most of us, including many of the thousands of Sisterhood Agenda global partners, throughout the United States, Africa, Europe, Asia, the Caribbean, the United Kingdom and Australia, our work in the women’s movement is not on public display.  It is activism unseen.  Yet, we know that we are here, there and everywhere because women are here, there and everywhere. Our activism often consists of small group meetings convened by committed community leaders and volunteers–grassroots, effective, local, and global.

Oprah Winfrey and Ava DuVernay have broken through the lens of invisibility by building their own media empires that are inherently women-centered.  They are proof that activism CAN be televised.  Van Jones has become part of that movement, too.  The moving images that they create, the stories that they tell and their social media are telling us something important. They empower themselves and all of us, too.

Duvernay and Winfrey use media as their platform for positive social change.

The more they talk about their purpose, their intentions, and their goals, the more we, the public, are educated about the behind the scenes revolutions that are taking place, right now, before our very eyes.  They are dismantling institutionalized racism and sexism. One show at a time, one movie at a time, one soundbite at a time… They are literally showing us the way.

Revolutions like Duvernay’s notion of “inclusion” versus “diversity” and Winfrey’s statement about finding common ground and unification of vision by stating, “We all want the same thing” are profound.  When we watch and listen, we are transformed and, to use Winfrey’s specific phrasing, we “transcend.”

Oprah Winfrey and Ava DuVernay give us a wonderful model of sisterhood activism.  They recognize each other’s unique gifts and often unite to make each other stronger.  They are not challenged by each other’s success, but find genuine joy in it and their efforts are often collaborative.

Thank you to all of the sisters who can teach us, show us something new, and motivate us to elevate ourselves and our efforts.

Rather than being reactionary, we can be strategic and visionary so that we are ready and prepared and come together for our opportunities to accelerate our movements forward.

Sisterhood activism is a long-term process that has been happening for decades.  Finally, after 23 years, the importance of sisterhood and all of its strengths are becoming more mainstream.   The #MeToo sisterhood demonstrates strength in numbers.  The United Nations recently referenced a “sisterhood of humanity” at its celebration of International Women’s Day annual event.

It is still happening and growing, expanding because we been steadfast in doing the work.  Staying authentic and true to who we are, we all have gifts and talents to contribute.  It is a good time to be who we are.