Gender Bias in the Real World

Gender bias is everywhere.  Are you teaching and mentoring with gender bias?  How you were raised and how you raise your children matters.

Gender bias doesn’t help anyone, and it can actually do a lot of damage.

Assumptions and stereotypes are wrong and dangerous.

With gender bias thinking, you tend to buy into and teach:

With gender bias, there is a rigid belief about the existence of a male body and a male brain, a female body, and a female brain with little room for distinctions, exceptions, or neutrality.

With gender fluidity, there is a belief that people who are born male can, in fact, be females born in a male body and vice versa.  As they mature, they recognize this and choose to make changes to their biology.

There is also a belief that people can be gender-neutral in spirit, physical appearance, and in behavior.

Gender neutrality makes us question the very nature of gender as a biological and social construct.

Gender experiment in the U.K.

An older social experiment and documentary in the United Kingdom (Boys and Girls Alone, 2002) has garnered more recent attention on social media due to the questions it raises about gender bias.  Of course, culture also plays an important role.

Ten boys and ten girls aged 11-12 were separated into two different homes without adult supervision (but with access to adult help, if needed) for five days.

What happened?  The good, the bad, and the ugly:

Girls and boys sometimes behave differently.  Is this biology or socialization?

Girls and boys raised with gender bias become biased adults.  As a society, we CAN raise our children without gender bias.  Then, we can see what happens. 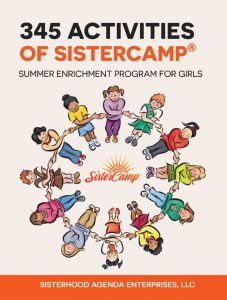