Latest posts by Ayana (see all)

“Finding Your Inner Warrior” presented to Purnell School on October 21, 2016

Good morning everyone, and thank you for giving me the opportunity to share my experiences with you all on this stage today. We’ve talked about our inner warrior and what makes us such courageous women. Some of us even watched videos, giving us examples of phenomenal women of the past and present, but at this moment I’m looking at the phenomenal women of the future.

“Each one of us holds a unique power, but it’s only our decision to let the world see it and grow from it.”

Finding your inner warrior is sometimes easy , and sometimes it can be difficult. I’ve been told I appear to be confident, courageous and can speak my mind, and most of the time that is true. But I’ve not always been this way, especially in middle school.

This was me when I started my first day at the Guy Benjamin School in St.John US Virgin Islands: 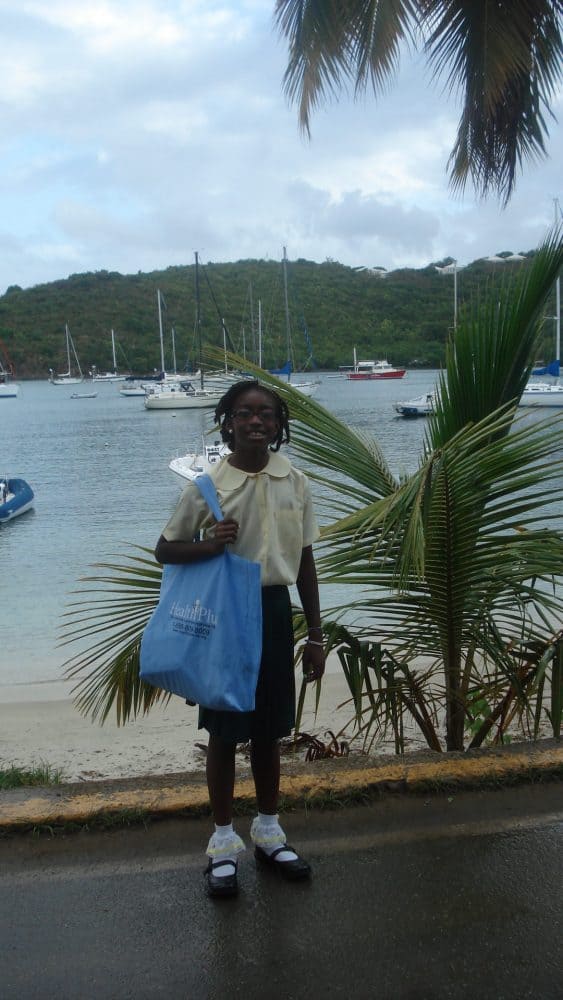 From the look on my face, you could tell I didn’t want to be at that school. I was shy, quiet, and very naive. I had this expectation of people being nice to others no matter what. Like my mother would tell me, “treat others the way you wanted to be treated”. But, that was not the case on this small island.

During my first week at the school, people would come up to me and call me Rasta, which on the island is an insult because it is a stereotype that Rastas are dirty, don’t take care of themselves, and they’re veggie freaks. Crazy things happened to me:  kids would continuously smell my hair because they thought it would smell like weed, I was locked in the math room for a good 15 minutes by my own classmates, constantly harassed and teased about the scars on my legs from mosquito bites, and I would always sit alone during lunch because people didn’t want to sit with me. I was the nerd and the quiet weird girl in the classroom, and I hated it so much.

I would always come home crying to my mom asking, “What did I do to make them not like me so much? I hate it here, I hate this island! I want to go back to New Jersey where my real friends were.” But my mom just kept telling me I had to stay strong and don’t let other people affect me so much. So every Friday, I would dress up in crazy outfits like tutus and neon color painted sweaters. It was 2010, so I wasn’t exactly a fashionista, but it was a way for me to express myself without much talking. A lot of kids noticed and actually complimented me on how I dressed, and that’s when it really started.

After a couple of months, I started becoming friends with the girls who didn’t like me. And like night and day, I became one of the most popular girls in the school.  Everyone knew who I was and everyone knew who my friends were. 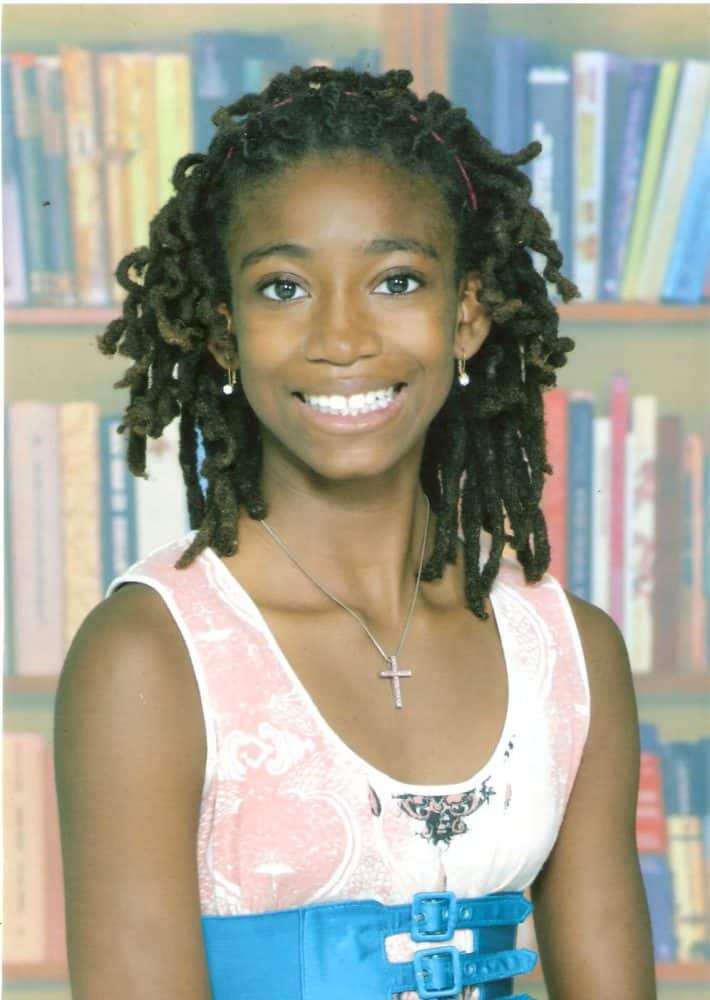 I knew from my intuition what I was doing wasn’t right, and that sacrificing my studies and relationships weren’t going to get me anywhere positive. I was naive to what I was really doing, and that I was treating others the way I was treated when I first came to the school. I sure as hell didn’t like being treated that way so why was I doing it to others? It’s very simple; I was becoming a follower. It took me 3 years to fully understand and get back to becoming the leader I was before I stepped into that school.

Having the inner warrior doesn’t come easy and takes day to day commitment, just like warriors for battles. They train and build their techniques until they get it right, and that’s exactly what I’m doing. To be a warrior, you have to sacrifice certain things in the present to help yourself in the future.  This process takes a lot of patience but remains worthwhile. My mother, who does yoga religiously every morning, taught me to do these three warriors yoga poses. She thought I should share them with all of you and I wanted to give you the meaning behind each one.

Warrior 1 pose was named after warrior Virabhadra who symbolizes our inner ability to overcome ignorance and ego. This pose brings us strength, courage, focus, and confidence. Warrior 2 pose teaches us the meaning of sthira and sukha, which is the balance of stability, strength, comfort, ease, and openness.  Warrior 3 pose helps increase your strength, endurance, and patience.

As I’ve grown from being that little girl in the 5th grade, I’ve realized I’ve come a long way to what I used to be. But in reality, I’ve known all along I had that inner warrior because inside, that warrior was calling out to me and telling me I needed to break out of the “in” crowd. If I wanted to try new things on my own, I needed to listen to my intuition and go for things I really wanted. I had to have the courage to not only stand up for myself but stand up for those who didn’t have a voice. 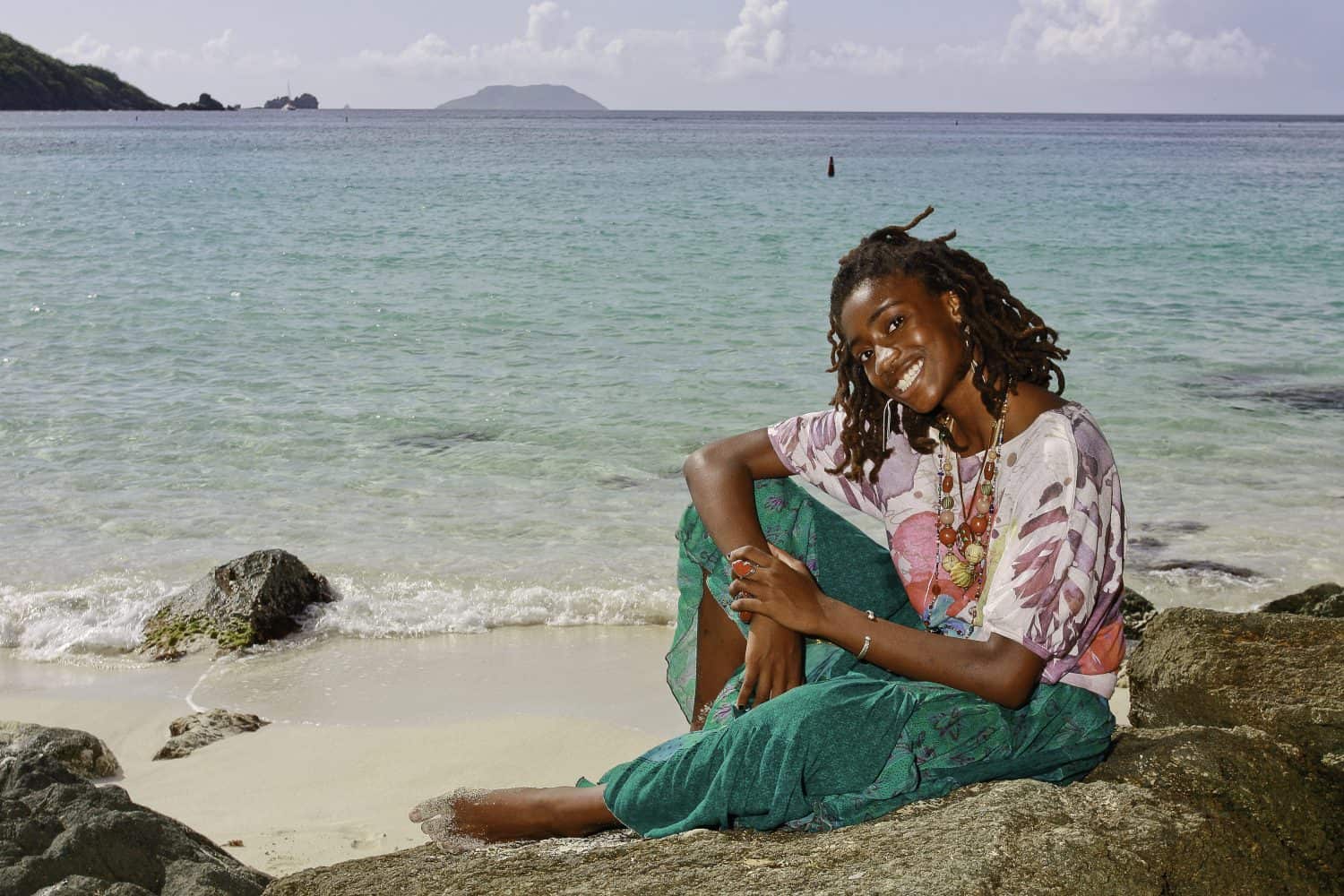 And I’m not saying I’m perfect now and I’m all better. I make mistakes all the time.  However, I’m persevering to be the best version of myself that I can be. Purnell School has given me the opportunity to meet amazing students and faculty that have influenced me greatly along the way and I thank them greatly for what they have done for me.

Since my middle school and early high school days, I’ve grown my mental and physical strength. Everyone who I’ve met during the journey gave me an important life lesson. Whether it be good or bad, I would never take back my experiences for anything in the world, because now as a senior and a young woman, I’ve found my inner warrior.