This may seem pretty basic, but it’s not.  As difficult as it is to measure mental health, this report gives us insight into where we are we have been, and also where we are going if nothing changes.

Keep in mind that this data was collected in 2021. We were all dealing with a lot, especially women caregivers. Specific findings from the report show rampant substance abuse:

Did you know 52.5 million people admitted to using marijuana!

Major drug use and depressive episodes (MDE) among adolescents

Our young people are in crisis.  We have to pay attention because they show us with their behavior more than their words.

It’s okay to have a problem, but awareness is key to positive change. Unfortunately, according to the report, almost every person with a substance use disorder did not get treatment because they don’t think they needed it:

It will get better

Time tends to heal us and negative experiences pass, even when it doesn’t feel like it at the time.

As we become more aware of substance abuse and depression, we can better help those who can benefit from someone who cares. Recognize the symptoms and don’t be afraid to ask direct questions.

Know that substance abuse disorder and depression are diseases that require treatment to get better. Above all, get help. 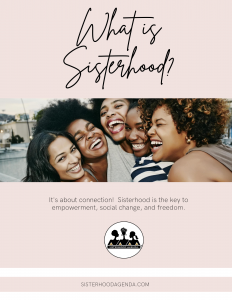