Triggers for Migraine Headaches in Women

Since my daughter and I have both had our bouts with migraine headaches, I needed to know the triggers and causes.  The more I researched the issue, the more information I found about how common migraines are for women.

36 million people who experience migraines in the United States, the affliction is three to four times more common in women than in men. 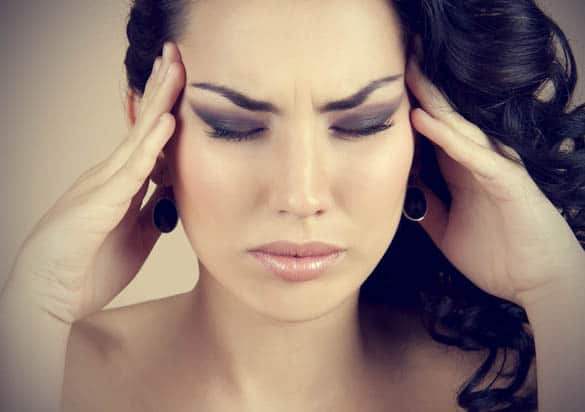 I seek to understand migraine headaches.  However, it is not easy.  Not a lot has been available about what triggers migraine headaches in women, not in the United States or other countries. Getting the facts and reaching out to your sisters is helpful with any health crisis. A healthy sisterhood is an empowered sisterhood.

I was surprised when people, even doctors, close friends and family members began to doubt the physical effects of migraines.  They would use the word “migraines” in quotes (condescending) with no concept of how truly debilitating migraines can be.

Actually: Neurologists are very clear that migraines are a real, debilitating medical condition related to temporary abnormal brain activity. The fact that they may be more common for some women during “that time of the month” has nothing to do with emotions.

For centuries, doctors explained migraines as a woman’s problem caused by emotional disturbances like hysteria, depression or stress…  the misconception that migraines are fueled by a woman’s inability to cope persists.

“It was considered psychological, or that I was a nervous overachiever, so I would never tell people that I have them,” said Lorie Novak, an artist in her sixties who has suffered from migraines since she was 8.

Potential triggers for migraines include:

If you suffer from migraines, remember that you are in the best position to take charge of your health to figure out what causes your migraines. No doctor or medical specialist knows you and your daily behavior like you know yourself.

Research suggests that there’s a genetic component to at least 50 percent of migraine cases.

Chances are, there is something going on that your body just doesn’t like.  As a migraine sufferer, your goal is to find out what it is and stop doing it.

Don’t feel foolish by avoiding possible triggers.  True story:  my daughter has been able to prevent migraines by not eating ketchup.  When she told one of her classmates about avoiding ketchup and her classmate did the same, her migraines became a thing of the past, too.