Is Captain Marvel Underutilized in Endgame?

Captain Marvel aka Carol Danvers, is the most powerful of all Avengers.  There is no doubt that she is.  Why was she so underutilized in the Avengers:  Endgame movie?

Captain Marvel is Marvel Studios’ first female superhero with her own solo film.

When I watched Captain Marvel, I was in awe of her character. Finally, I thought, someone who’s strong enough to fight Thanos. Even before her move premier, people have been raving about Captain Marvel online-the hype was there.  We all thought that she will be the savior of the Avengers because no one is as powerful as her.  It did not happen that way.

Who is Captain Marvel and what are her superpowers?

Captain Marvel has superhuman strength, endurance, and stamina more than any Avenger. She also has “seventh sense” and her Kree physiology made her resistant to poisons and most toxins.

She can also manipulate stellar energies and heat like the sun. She can travel at light speed and can go in and out of space without having problems on gravity and oxygen.

With enough infusion of energy, she can assume her Binary form.

She can discharge explosive blasts of radiant energy, which she fires from her fingertips similar to Thor (God of Thunder)’s power.

She also demonstrates the ability to absorb other forms of energy, such as electricity, this can magnify her strength by a tenfold up to the force of an exploding nuclear weapon.

Making her literally more powerful than anything in the world. 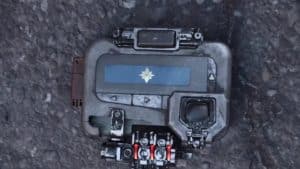 Those of us who have seen the movie know what happened in Infinity Wars; half of humanity was wiped out, including some of our favorite characters.  It seemed like they were hopeless.  In the end credits, Nick Fury sent an SOS before he disappeared.

People were thrilled to see the Captain Marvel sign. It was hinted that she will be the only one who can save humanity.  However, it was not the case in Avenger’s: Endgame.

Captain Marvel/Carol Danvers was mostly absent in the Avengers:  Endgame movie.  It seemed like she was just inserted in scenes to help other Avengers without her own moment.  In addition to not having a lot of screen time, she was underdeveloped as a character and the amazing superhero that she is.

What happened in Endgame?

Captain Marvel appeared exactly four times in Endgame; four times when the duration of the movie was over three hours!

When she reappeared for the final battle, viewers really thought, “This is the moment that we’ve all been waiting for.” It turns out she was just there to lend a helping hand and it was going to be Ironman’s moment, despite her superpowers.

People knew that she was part of the Avengers group but they could have fit her in the scenes more seamlessly and added more airtime, maybe even an introduction, perhaps.

Instead, she was a glorified muscle that held down Thanos while the other Avengers seize the moment.

Logically, since she is more powerful than any of the Avengers or Thanos, she could’ve ended the fight with Thanos right away.  Marvel owes its fans an explanation.