Ashley Poteat
Ashley is an aspiring designer, stylist, and photographer. She loves to create art that inspires people to go after their dreams as she goes after hers.

“The Future is Female!”

I’m sure you have seen this quote printed on t-shirts and while you may not have thought much of it, lately this powerful trend has been taking over the fashion industry. Designers are using fashion as their mainstream for voicing their opinion on feminism & encouraging women empowerment. From New York Fashion Week to Fashion Nova, the industry has bought the attention of women & their role in society to the spotlight.

Last year at New York  Fashion Week (NYFW), designer Christian Siriano was criticized for sending a model down the runway in a black t-shirt with the words “People are People” printed on the front. Even though the audience loved it, it was said to be one of the weakest looks in his collection . This is something we have to ask ourselves:  why is it that when someone tries to make a positive statement, it often results in people interpreting the message in a negative way?

While 2015 NYFW was one of the most politically charged fashion weeks in awhile, there are also fashion brands that took a stance in this movement. Fashion Nova has added a few pieces to their collection promoting women empowerment with cropped tops simply saying the word, “FEMINISM”, as well as “The Future is Female.”  I personally support this move and have bought both of these pieces to add to my wardrobe simply because we need to see more of this positive and inspirational change in the world. 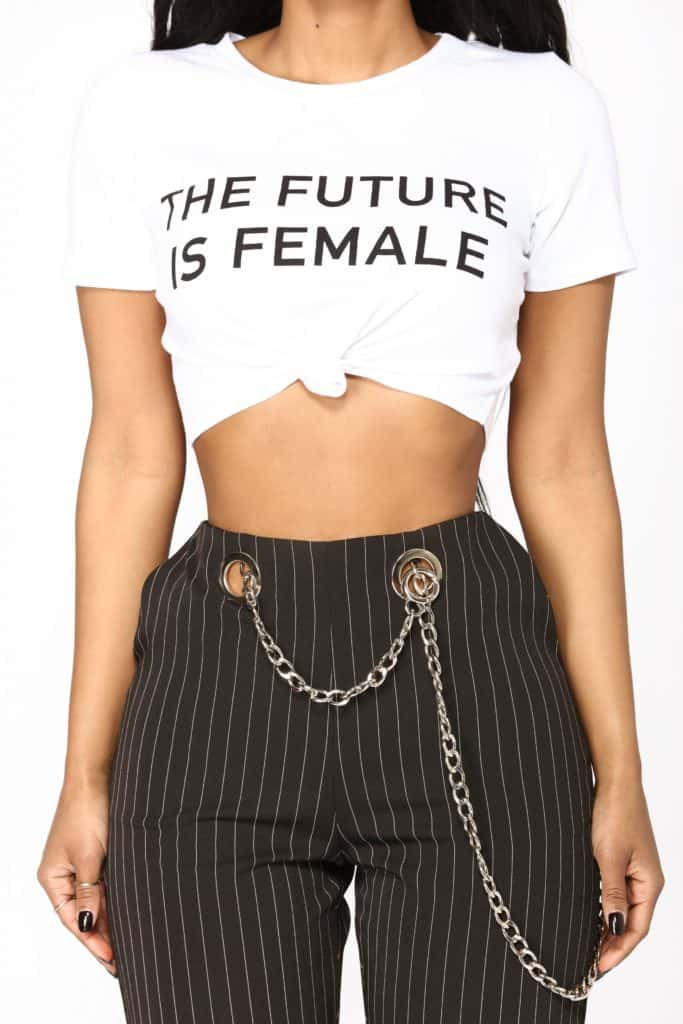 I know this can be risky and cause controversy about whether we agree with the message the designer is conveying, I applaud the designers for not being afraid to utilize their platform to give fashion and its supporters a political voice. This has helped make a way for future designers to express themselves more through their designs and create a look that their customers and audience can relate to. Also, it allows the world to see the real problems that we face in a society that the media may shy away from.