Fighting Gender Inequality In The Workplace

Fighting gender inequality in the workplace sounds like a challenging thing to do.  However, if we work together as one, we can handle it and women all over the world will have equal opportunities.

What is Gender Discrimination? 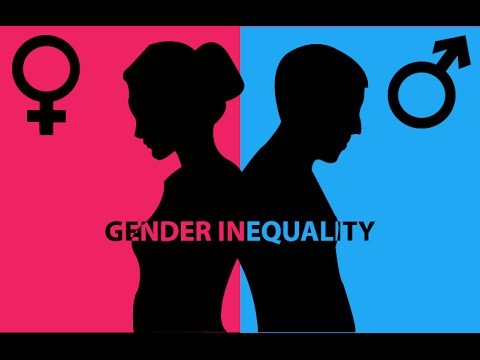 Gender discrimination happens when someone is being treated poorly because of his or her gender.

There are only 6 countries that give women equal work rights as men according to The World Bank’s Business and the Law report.

Belgium, Denmark, France, Latvia, Luxembourg, and Sweden are the only countries who give equal legal rights to women.

Examples of equal rights include receiving a pension and freedom of movement.

Meanwhile, 42 percent of women say they have faced discrimination at work.

Women are earning less than men while doing the same job, are more likely to be viewed as incompetent, and are receiving less support from superiors than with their male counterparts.

The Equal Employment Opportunity Commission (EEOC) latest survey in 2018 showed that charges for alleged sexual harassment grew by 23% compared to the year 2017.

An online survey launched in 2018 by Stop Street Harassment found that 81 percent of women experienced sexual harassment in the workplace.

So, if you’re a woman in the workplace, what do you have to do to protect yourself from sexual harassment?

What do you need to do to be treated equally and given equal pay and opportunities?

Well, until now there has been no clear answer to that.  However, we can handle this proactively.

Look out for other women and support them.

There is power in a collective.  When a community of women is supporting each other, it can move mountains.

Go out of your way to help a female colleague in need.  If she is out of words during a board meeting and on the brink of embarrassment, save her from that, if you can.

Or, if someone is up for a promotion and you think that your feamle colleague deserves it, go out of your way to support her by telling your boss why she deserves to be promoted.

It may sound like you’re kissing ass, but you’re actually supporting a co-worker who just happens to be a woman. And that’s what women are supposed to do-stick with each other.

Absorb the anger and use it to unite as one.

Women have been angry about workplace discrimination for a long time and when women are angry, they can use that anger to be a catalyst to unite and organize a movement.

Throughout history, women produce an important change when they use their anger with good intentions for positive social change.

It’s okay to take a shortcut when you can.

Women earned only 2% of all venture capital funding in the year 2018. This means that we are not even close to fighting gender inequality.

You have to embrace taking shortcuts as an idea. While you work so hard running yourself ragged, the men are playing golf and at the same time talking about huge business deals.

It’s something that people would rather not talk about but it is really happening. If men can do it, so can we. They can play golf? So can we.

If you’re an employer, here are the things that you can possibly do to avoid gender inequality in the workplace:

Women have unique strengths that are critical to improving the business, such as versatility and team management.

You have to appoint your employees on positions where their strengths will shine.

Not only will it be good for the company, you are eliminating roles that are based on gender and now basing it on strengths.

You should provide equal opportunity to employees from entry-level to high-level positions.

The wage gap does not exist because men are more qualified. That is false.

Sometimes women and men have different ambitions and definitions of success.

Women are perceived to accept safer and more secure career paths while the hardest and riskiest jobs are mostly only offered to men.  Continuing on this path will widen the wage gap.

Fighting gender inequality should start with giving equal opportunities.  As an employer, you can offer all jobs to all employees.  In addition, training should be given equally.