Ashley Poteat
Ashley is an aspiring designer, stylist, and photographer. She loves to create art that inspires people to go after their dreams as she goes after hers.

We do not have to torture animals to be fashionable.

PETA has released their latest campaign video to bring awareness of the trauma that results from animal experimentation. The problem is there are many sites and social media platform that is blocking this video due to the graphic content. The purpose of the video is to make that world aware of what really goes on with animals inside laboratories. What we don’t actually see is the animals being poisoned with diseases, drugs and killed. However, instead of using a real animal in the footage, PETA sympathetically used a teddy bear to get their point across. 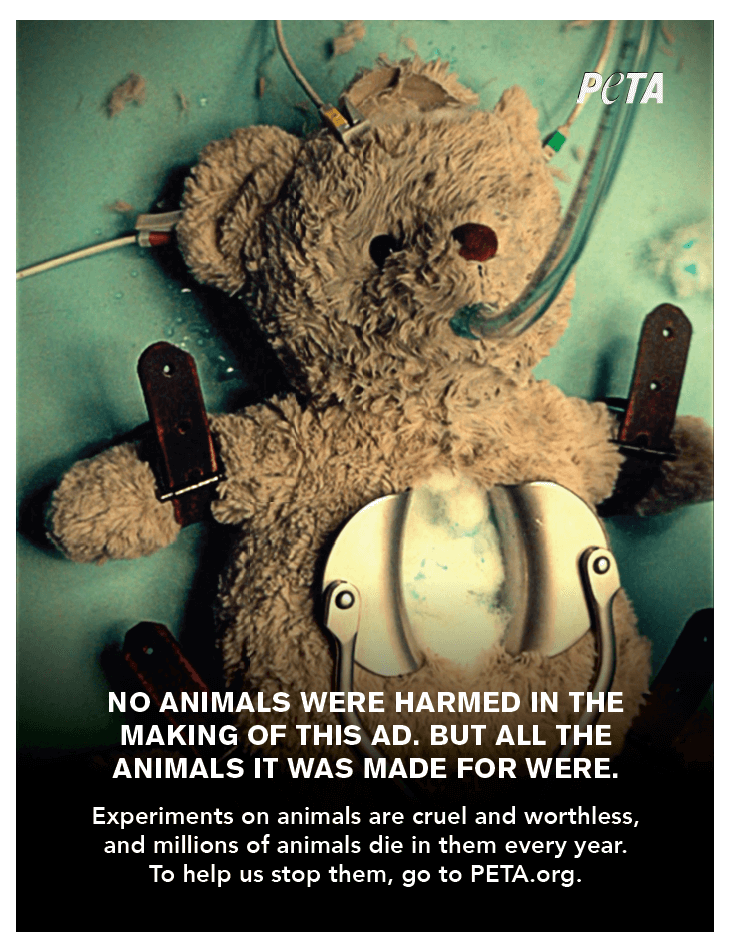 Referring to my previous article, Faux Fur Or Real Fur: Fashion Controversy, animal cruelty is a concern for most people in the fashion industry. Animals are slaughtered every day in order for manufacturers to make our ready to wear fur fashion, such as Ugg boots, fur coats, scarves, hats, etc. Animal experimentation is also done for many household items that we use every day.  For example, cosmetic testings are done on animals to make sure products such as perfumes, lotions, & makeup are safe for humans.

It was reported by National Institutes of Health (NIH), that 95% of drugs proven to be safe after being tested on animals fail in humans because they are dangerous or not useful. PETA plans to ask NIH to stop funding animal experiments that are useless, in which innocent animals are harmed and patients are still dying due to the wait for cures and treatments.